The Settlement originated as the embodiment of the work done from 1891 by the Sydney University Women’s Society.

Based on the Settlement Movement founded by Samuel and Henrietta Barnett in London, U.K in 1884, the concept was that the conditions of the poor would not improve until educated people were prepared to live and work among them; to befriend them, assist them and learn from them; abandoning the security and comfort of their leafy neighbourhoods.

It was this belief that gave rise to the ‘movement’ whereby those connected to universities ‘settled’ students to live and work alongside local people.

When the University Women’s Society first began its work they used halls and rooms in Millers Point, Woolloomoolloo, the Rocks and Elizabeth Street near Belmore Park.

Sydney’s first actual Settlement house began in 1909 across the road from the Women’s College but the need for more space plus the financial constraints of wartime saw several moves until November 1925 when the women purchased the hall at 17 Edward Street, Darlington for £1600.

They had started with little over £100, but there was an extraordinary outpouring of generosity by individuals and local businesses. It opened in February 1926.

The 1940s and 50s was a time of great achievement, including the purchase of houses on Edward Street between the hall and Vine Street. In 1959, The Settlement was incorporated by an Act of Parliament.

The land where The Settlement stands was originally occupied by the Gadigal, a clan of the Eora people, the name given to the coastal Aboriginal peoples around Sydney. In the 1960’s the number of Aboriginal families using the Settlement increased. In 1967 a homework centre was set up and the upstairs library converted to a meeting and reading room, a craft room was to follow.

There had been increasing numbers of Aboriginal families moving to the city at this time. Little support was in place for them, other than what they organised themselves, and overcrowding and homelessness increased.

In the 1970’s the Edward Street residences gradually switched from being cheap digs for student volunteers to low income housing and the Settlement also focused on newly arrived immigrants.

Strengthening community involvement during the 70s and 80s, The Settlement played a role in providing refuge, helping people to regain identity, drug and alcohol referral, community development, and continuing to provide a meeting place for a wide variety of groups. At the same time the hall was a popular venue for musical, dance, theatrical and political events.

Download the full book here: ‘The Settlement: A History of The Sydney University Settlement’, by Roma Williams. University of Sydney, 1988. 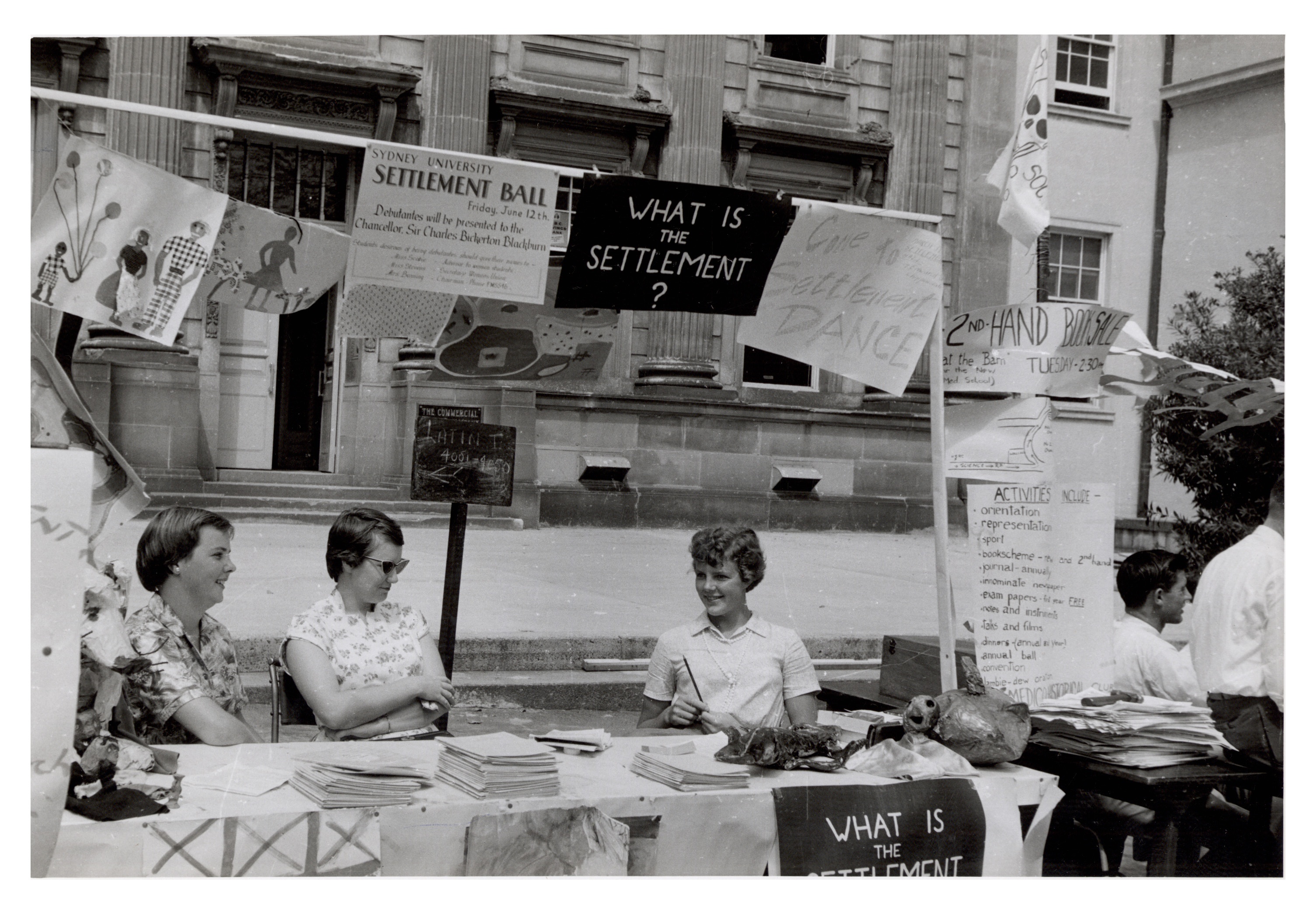 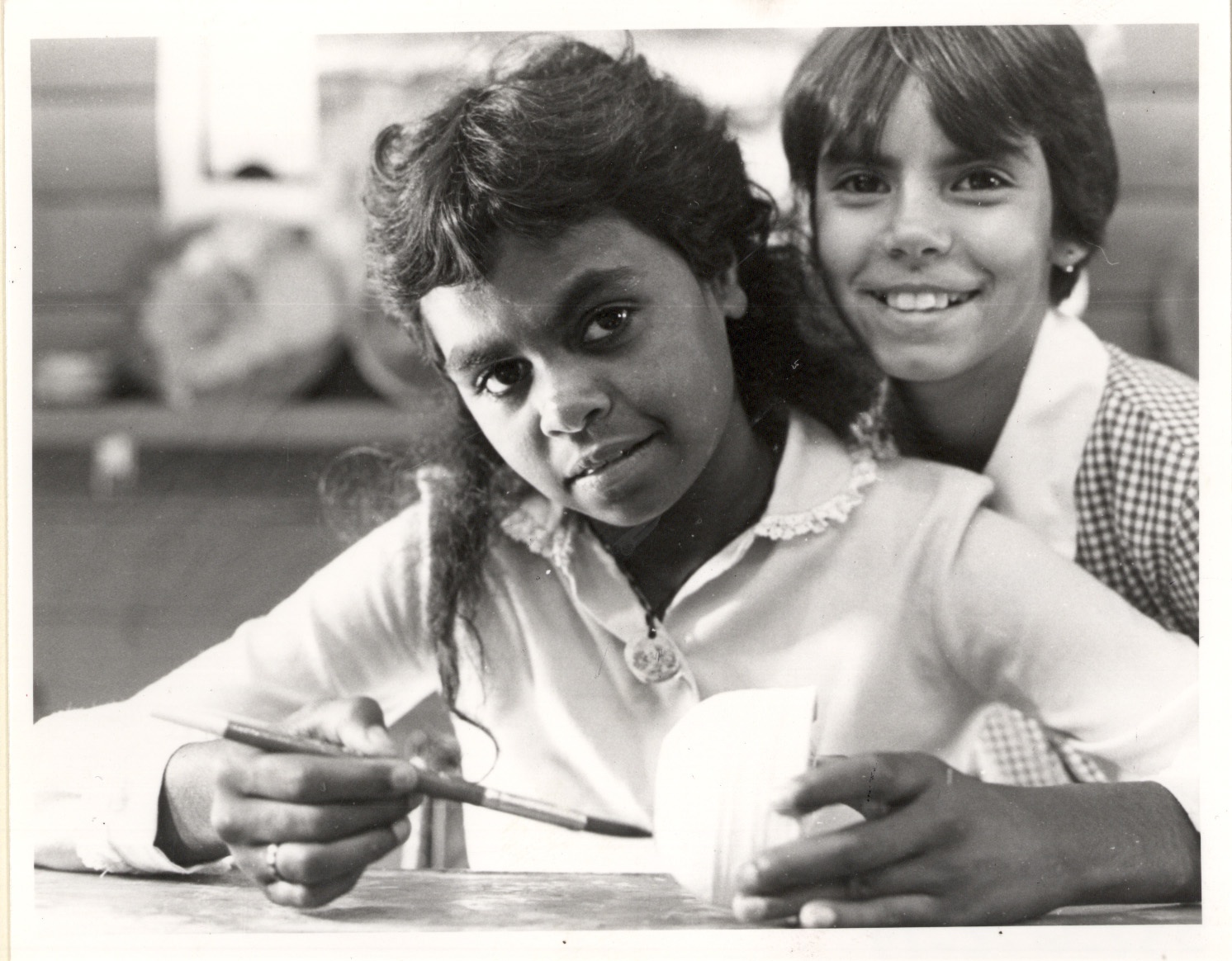 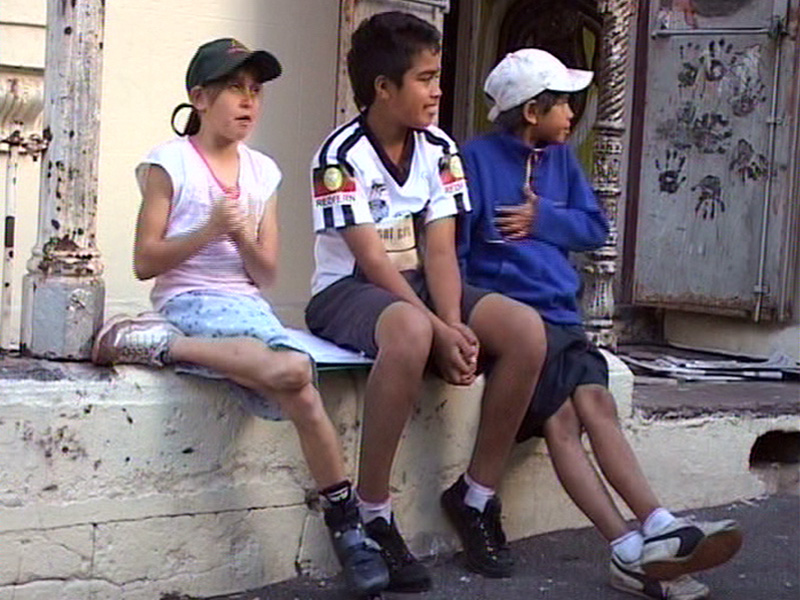 In the 80’s several local artists painted murals on the exterior of the houses and inside the hall. In 1998 young people from The Settlement were also involved in the mural on the station side of the Lawson St Bridge. 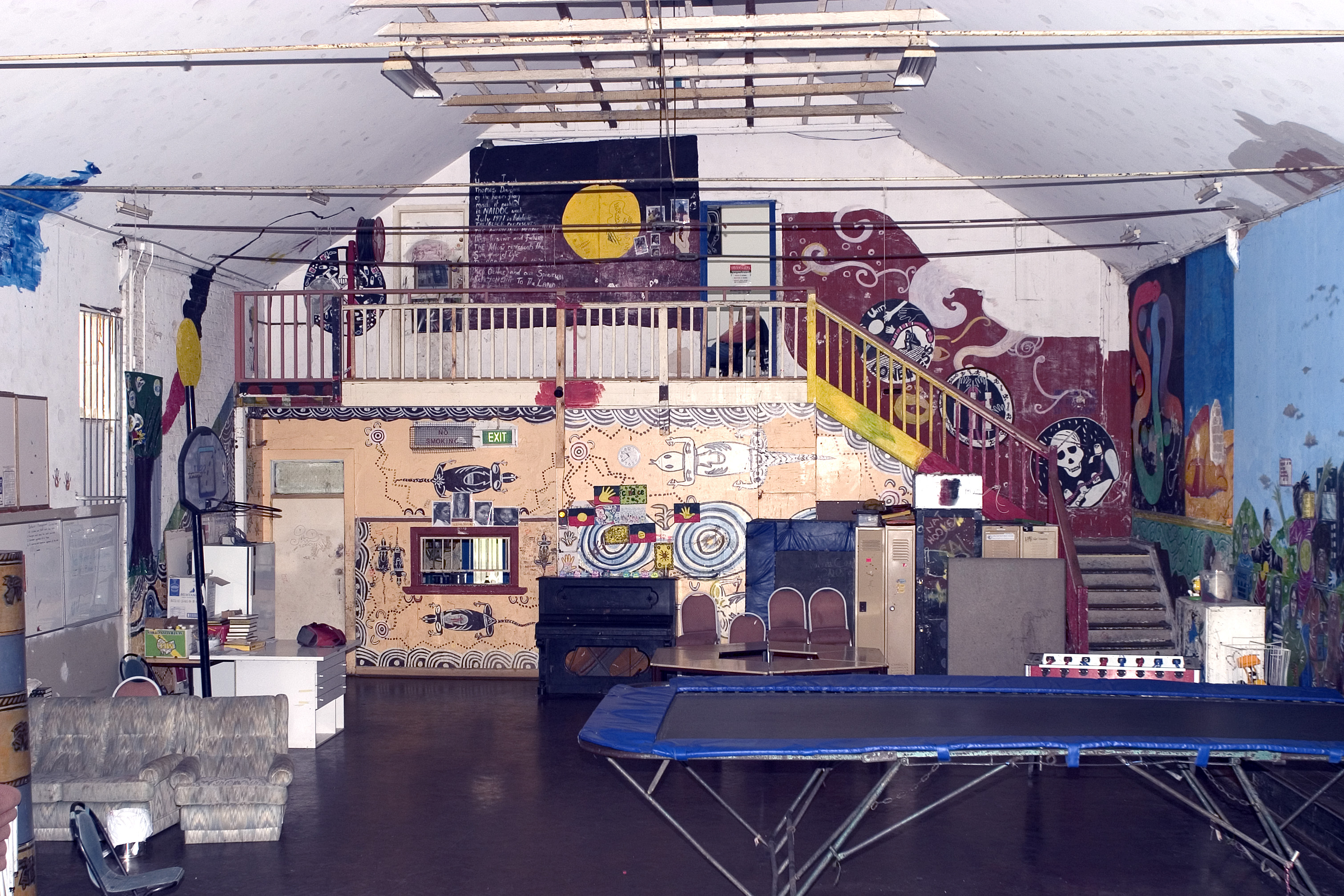 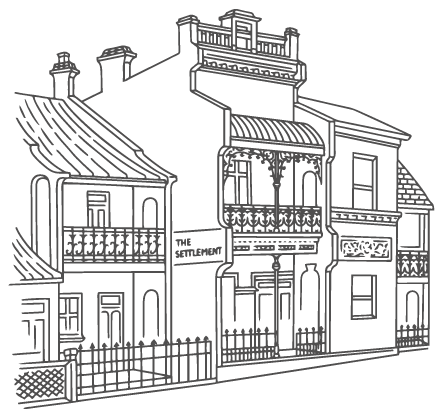 Creating opportunities and connecting community for 130 years and counting…

Help us continue to support the community. 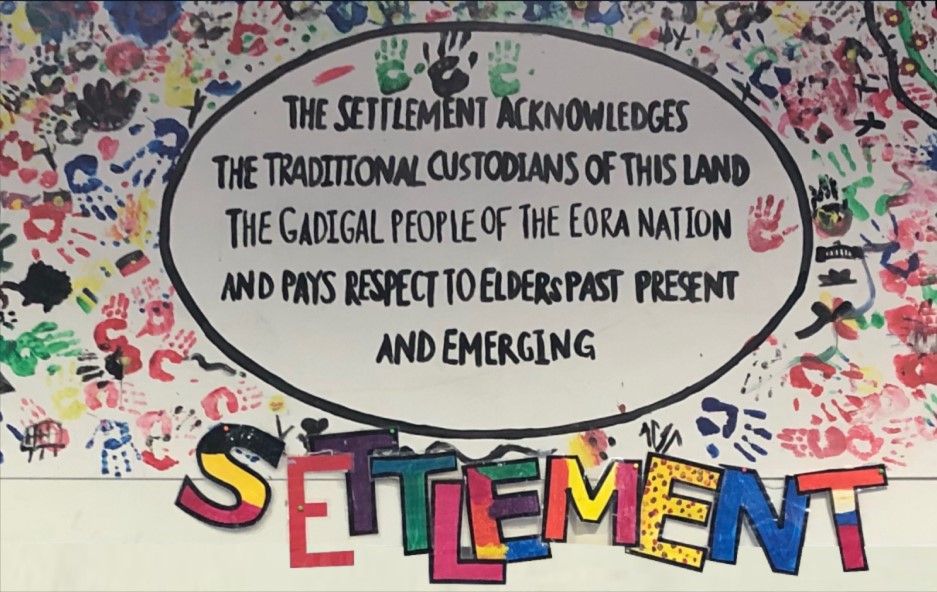 Apologies to Aboriginal and Torres Strait Islander peoples, there may be photographs and references to deceased persons.